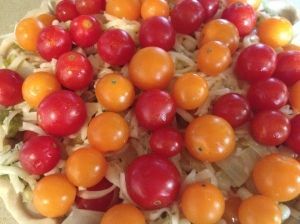 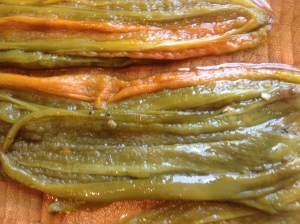 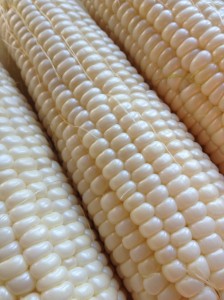 Eric and I bought a bunch of Hatch roasted green chilies from a women on the side of the road in Taos, New Mexico thinking we would freeze most of them for later use.    Now we are wondering why we didn’t buy more!   First I made a batch of Green Chili Sauce and used it for a quick meal one night with a package of premade polenta, green chilies, cheddar cheese.  I had to go to a meeting that evening so I prepared the dish and left Eric with instruction to bake it for about 30 minutes.  I got home at the tail end of dinner to an almost finished baking dish.   It tasted somewhere between an enchilada and a tamale and had plenty of heat. 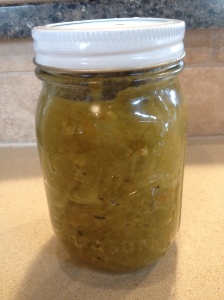 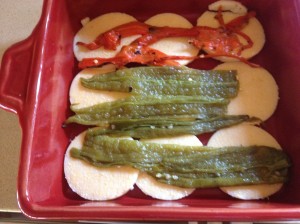 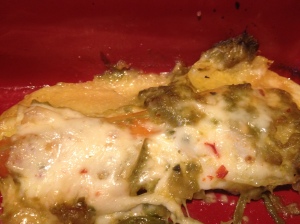 This week I made a tart using cherry tomatoes, roasted green chilies, and fresh sauteed corn.   I did cut a corner and used a frozen pie crust.  I know it’s shocking.   But true.  It was gluten free though which is really neither here nor there, but if you are GF, it is good to know that there are frozen pie crust options at the store.

I brought this to a friends house that night and actually finished baking it there because I was running late.   When I took it out of their oven, my friend starting digging in with a tortilla chip and eating it as an appetizer.  Not quite how I imagined it going down… but it worked.   And it disappeared pretty quickly.   So you could forgo the crust and make this into more of an appetizer/dip kind of dish. 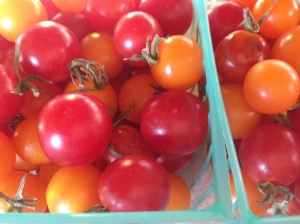 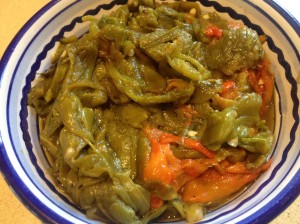 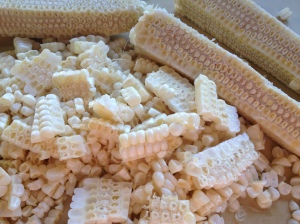 Many grocery stores sell  cans of Hatch Green Chilies but if a farmer is selling fresh roasted ones at a roadside near you, I would highly recommend pulling your car over.   Hatch, I was told by the lady in Taos, refers to the Hatch Valley in New Mexico where the Chilies are grown along the Rio Grande river and they are supposedly the best.   They range from mild to very spicy and we went for the spicier ones.

While you could technically use a lot of frozen and canned ingredients in this dish, fresh ingredients really will make a difference in taste. 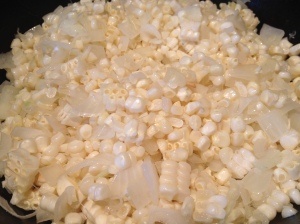 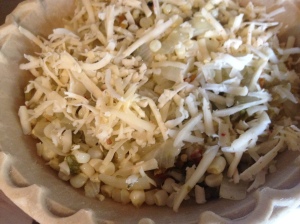 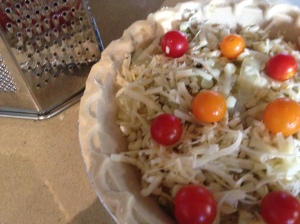 1 basket of Cherry Tomatoes (about 2 cups)

Preheat Oven to 350 degrees.   In a cast iron pan over medium, heat coconut oil.  Add garlic and cook for a minute, careful not to brown it.  Add the onions and saute for about 5 minutes, until they look clear.   Add the corn and green chilies.   Add a few pinches salt and pepper as well as the lime juice.   Saute for about 5-10 minutes.   In a small bowl, mix the eggs, milk and 1/2 of the cheese together. 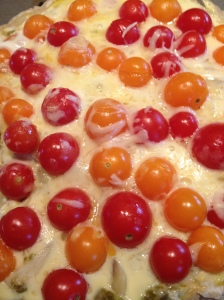 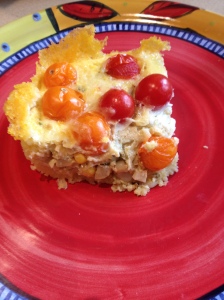